S'il n'y a qu'une phrase à retenir de l'article, c'est celle-ci : "we are broken hearted, but we are not broken."

WHEN I was a boy, August meant a holiday in Norway – a cabin with no electricity up in the mountains, fishing for the perch and trout that you would eat for dinner, roaming forests and fjords with my ­Norwegian cousins.

For a boy from Billericay, Norway seemed like next door to paradise – a place where children could roam wild, a country of epic beauty, a land of magic where the sun shone even at midnight.

One of my mum’s six brothers had helped to kick the Nazis out of Norway in the Second World War.

My Uncle Alf saw my Auntie Bjorg, fell in love, got married, learned the language, built a family and became a Norwegian citizen. My cousins were tall, blond and, although they lived in a flat in Oslo, totally at home having boyish ­adventures up in the mountains.

For me, it was like hanging out with Tom Sawyer and Huckleberry Finn every August.

I loved Norway with all my heart. It was wild, free, yet somehow an unspoiled and innocent place.

And since Norway’s nightmare of July 22, not a day has passed without me wondering if the Norway that I loved has been killed forever.

Terror changes a country. The experience of catching a domestic flight in America became completely different before and after 9/11. Fear, ­paranoia, terror – they seep into the soul of a country.

As Norway began to bury its murdered children, Oslo’s main train and bus terminal was closed down because of a suspicious package. This news stunned me because it measured the terrible impact of Norway’s tragedy. Nobody in Norway was ever frightened by an ­abandoned bag before. But they are now.

Norway cannot help but be changed by the atrocities of Anders Breivik – a bomb in the centre of Oslo, and the mass slaughter on the island of Utoya. As I write these words there are a total of 77 dead – murdered in the space of a few hours in one of the most idyllic and peaceful parts of the planet. The young members of Norway’s Labour Party who survived the massacre on Utoya say they will be back next year to reclaim the island. But after July 22, 2011, Utoya can never again be so free of security, or so certain of the essential goodness of mankind.

Norway has lost its innocence. Norway knows now that there are evil, malign forces in this world – and in its midst. That 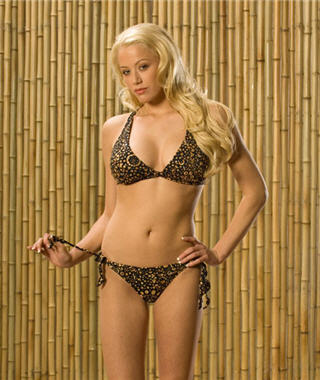 is the price to pay for the horror of this summer.

Norway remains one of the most ­beautiful countries in the world – and it is beautiful in every way that you can imagine. The landscape is ­beautiful, the people are ­beautiful, and the nation itself has a generous, openhearted, beautiful spirit.

In 2011, this little country at the top of Europe – population under five million – gave more aid to fight famine in Africa than France or Germany.

Norway is famous for its ­tolerance, its liberal values and its internationalism.

But Norway is also fiercely proud of its national ­identity. And if the poisonous, ­hate-filled views of Anders Breivik are to be thwarted, then Norway – like other countries, including this one – has to ask itself some hard and difficult ­questions.

How much ­integration can a country ­reasonably expect from its ­immigrant ­population? How does a multi-cultural nation live ­peacefully when the host nation and ­immigrants share radically different views on, for example, the role of women in society? How does a country deal with the impact of ­immigration on housing, jobs, ­education, ­transport and health care?

I believe exactly the opposite.

I believe that until we start asking these difficult questions, the neo-Nazi scum will always be on the rise.

The Norway I love will survive the assault of Anders Breivik – a true coward who never shot at anyone who had the option of shooting back. Norway will bury its children and Norway will be changed – less naive, less trusting, and scarred forever. But Norway will remain a beacon of hope in an ­increasingly dark world.

The Norwegian Prime Minister, Jens ­Stoltenberg, summed it up in an ­eight-word quote that will live for the ages.

“We are broken-hearted,” he said. “But we are not broken.”